This Tuesday, October 18, 2016, we intervened in the bay of Mont Saint Michel (Dragey and Gênets) France, with other local correspondents of the French National Stranding Network for a really unusual stranding.

In fact it was a family member of Ziphiidae, also called beaked whales. Group of cetaceans provided with teeth (unlike the real whales have baleen plates) that are what we call "great divers." Map of Sowerby's beaked whale strandings in frace since 1969.

In the case of this stranding, it was a 5 meters  adult female,  that stranded alive Sunday, October 16 and died after an hour. The animal has been overtaken by the tide, he was in the grassy part of the bay when we intervened on Tuesday. Necropsy failed to determine the cause of death of this animal which, by its presence in the Bay of Mont Saint Michel (zone with a very shallow depth, in cul de sac), was, in any case, totally disoriented.Because of its life area far from the coast and its elusive behavior toward the boats, this is relatively rare and difficult to approach for studying this specie. This stranding is an opportunity for us to learn a little more. 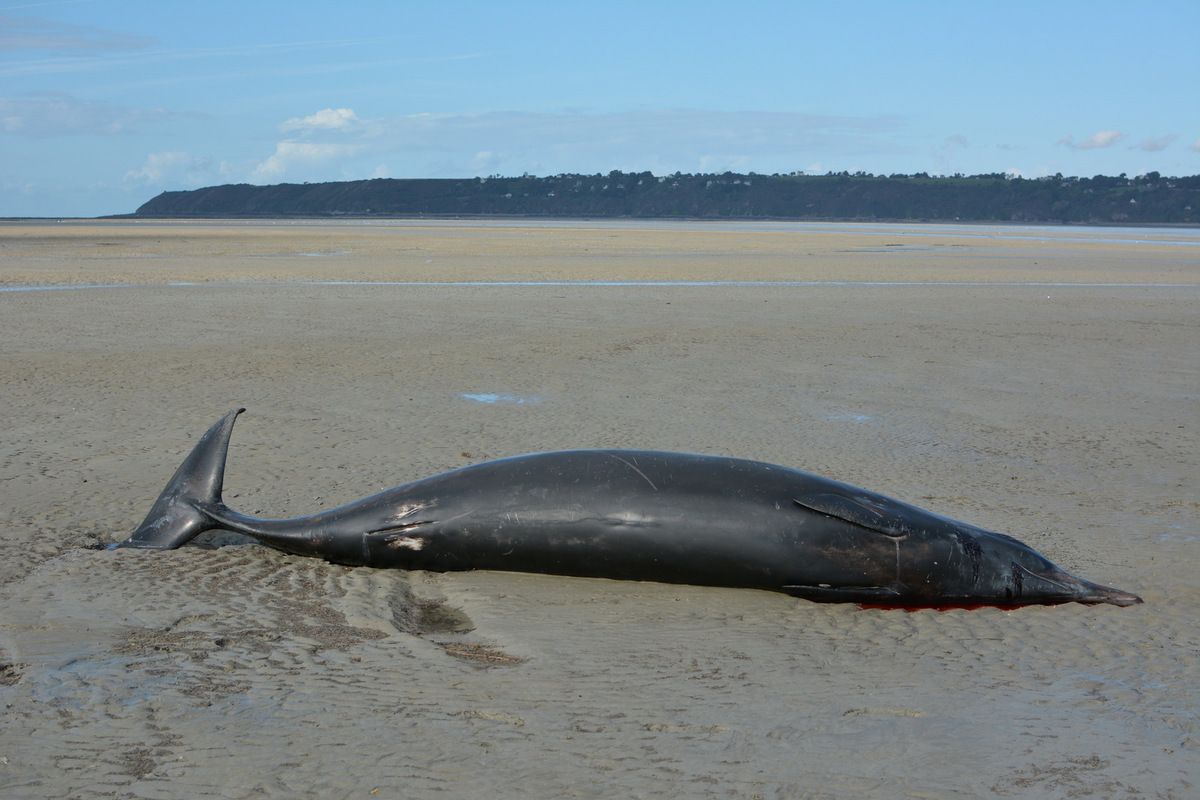 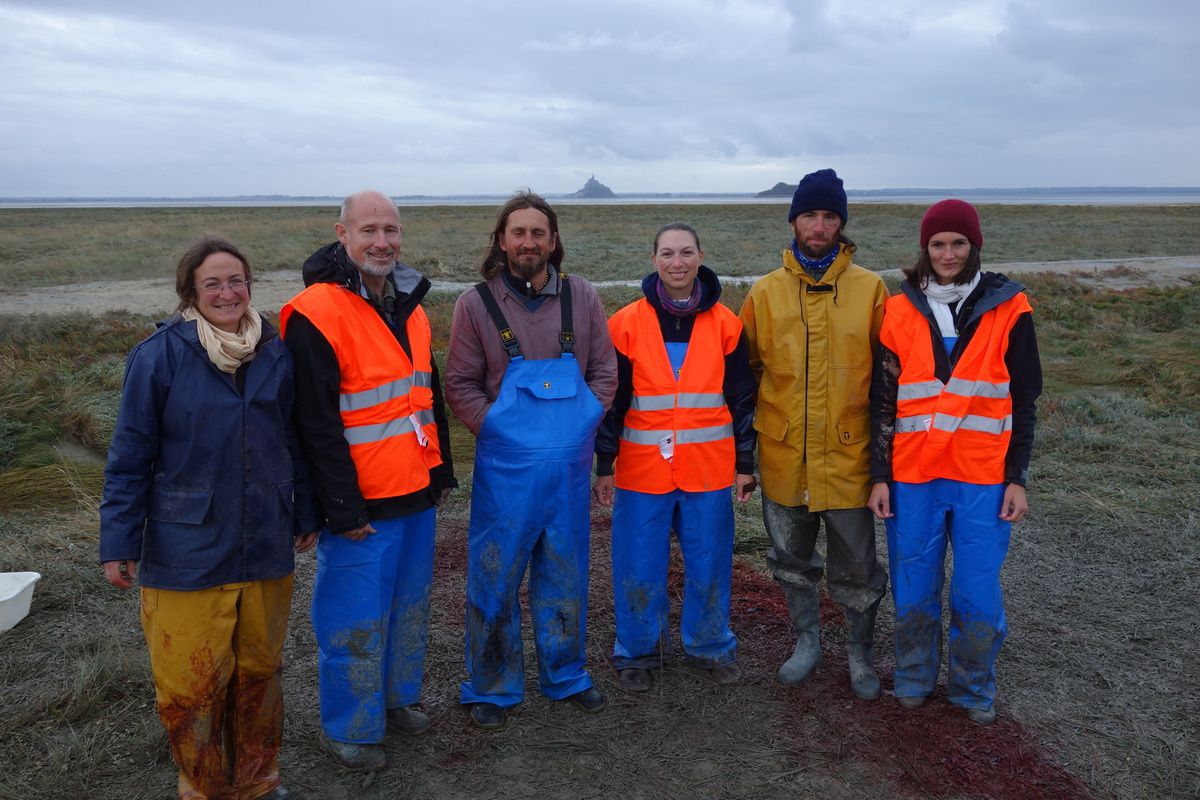 A big thank you to all the participants of the stranding national network, local stakeholders, individuals who have spotted the animal and who warned the competent authorities  and the entire Pelagis team for their advices.

And a special thanks to the DREAL Normandie that recently fitted us with outfits and materials ideally suited we were able to use during the procedure.